The standard deviation provides a measure of variability in a sample or population. It is the average distance, or deviation, a point in a population (sample) is from the population (sample) mean. The standard deviation is the square root of the variance which means it is the same units of measurement as the data. This give a more interpretable picture of the spread of the data than the variance.

NOTE: Anytime I list ‘population (sample)’ this just means it can apply to a sample or a population.

The standard deviation gives us a sense of the ‘spread’ of our data. It can be used in conjunction with the median and mean to gain a full view of the structure of data.

Standard deviation is also a building block for z-scores which provide a metric to compare variability in samples from different populations. Z-scores can also be used for calculating the probability of randomly selecting a sample with a specific value from a population. I will go into further detail in future posts.

It should be used to ‘get a sense of your data’, in particular the spread of your data. It is also one of the parameters of the normal distribution along with the mean.

In the Formulas section above you may have noticed the difference in the denominators. I won’t go into detail about bias in estimators here, but know that when estimating the sample standard deviation ‘(n-1)’ is used in place of ‘n’ for an unbiased estimation of standard deviation in the sample. For more info check out this post. 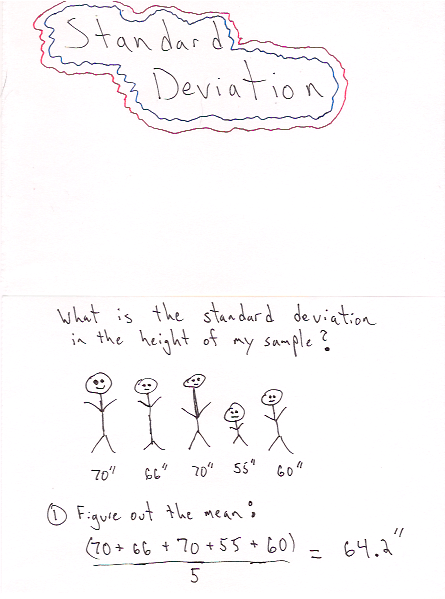 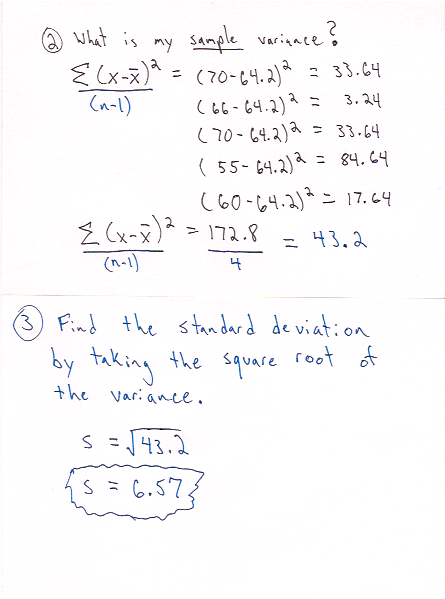