Similar to the mean, the median is a measure of centrality which provides insight into the structure of our data. It is especially useful when used in conjunction with the mean. (Remember: the mean doesn’t tell the whole story)

Formula - Sort samples, select sample in middle position (if odd number of samples). Otherwise take the mid-point between the two samples in the center.

It should be used to ‘get a sense of your data’ in conjuction with the mean and standard deviation.

The median is great for giving us an idea of what our data looks like….. but it does not tell the whole story. This is exactly why we have other measures of centrality like mean and measures of variation such as standard deviation and variance. 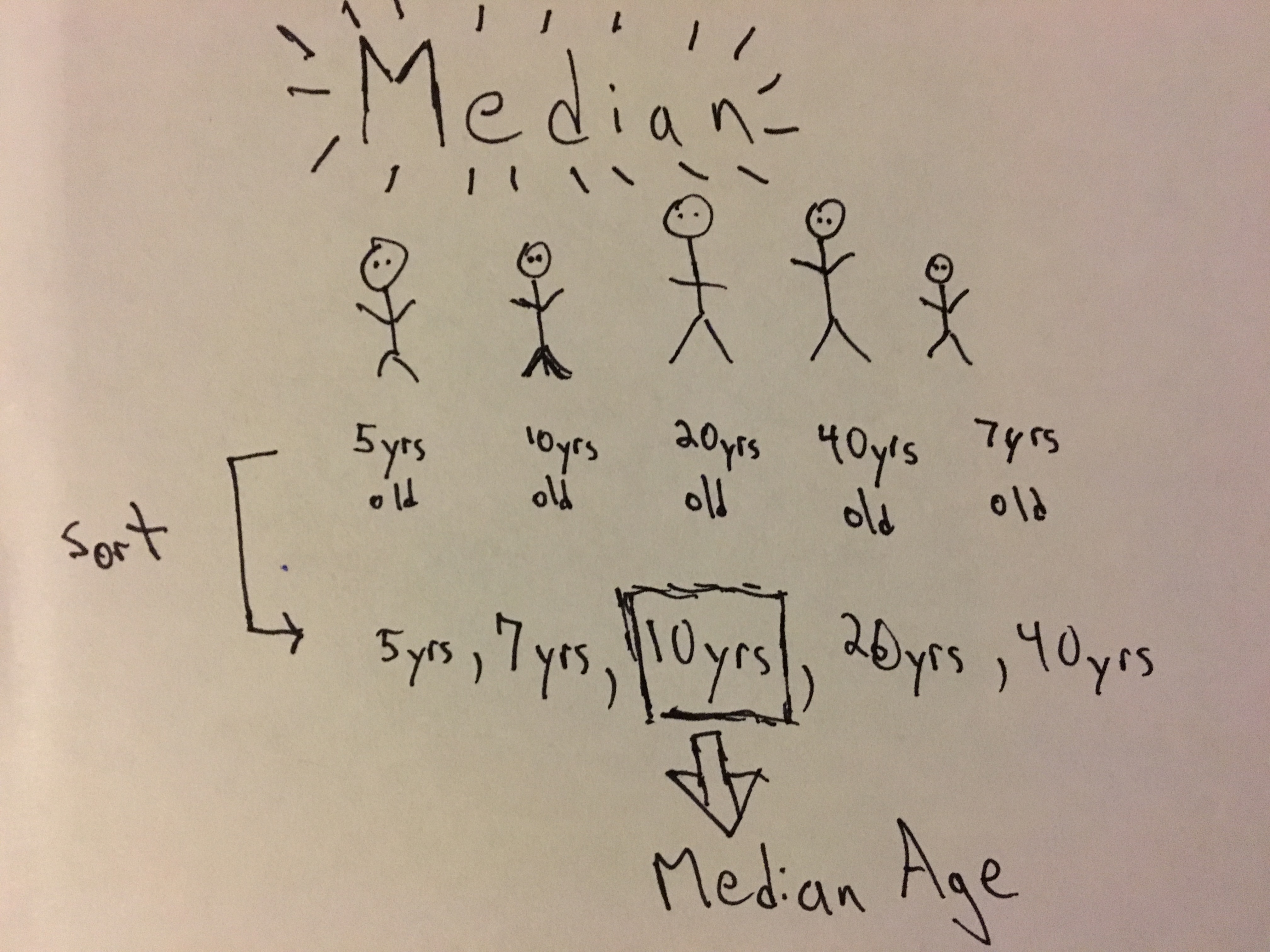