The normal distribution, also known as a Gaussian distribution, is a continuous probability distribution that describes a number of populations we see in everyday life. It is known for it’s bell shaped curve and has 3 primary properties (Urdan, T. (2010)):

What is a Probability Distribution?

A probability distribution is a list of all possible outcomes and their corresponding probabilities. (Kruschke, J. (2015))

It is extremely important to have an understanding of the normal distribution as you will often find that the ‘assumption of normality’ is being made by different methods. If this assumption is wrong you will need to change your course of action for the problem you are solving.

Mean
Description: The mean is the parameter that signifies the centrality of the distribution.
Symbol: μ - Symbol Name: Mu

Experiment with the interactive data visualization below to get a better sense of how the parameters effect the shape of the distribution:

If you are working with data from a sample that is non-normal.

The ‘no-code’ example is an attempt to explain what probability density is. In this example we will use an example that we assume has a normal distribution.
How many ounces are actually in your pint glass when you order a beer? 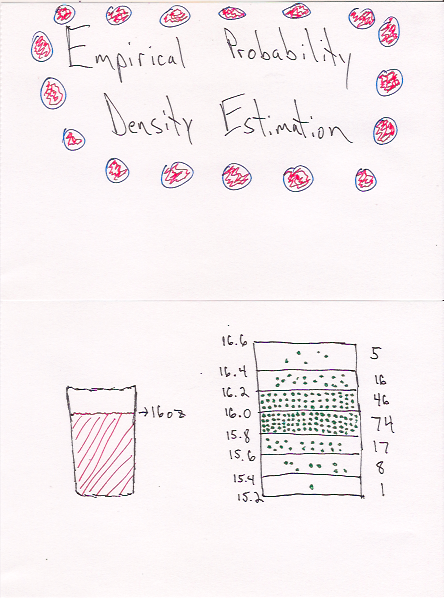 We recorded the number of ounces in 167 pours and plotted it in the histogram below. 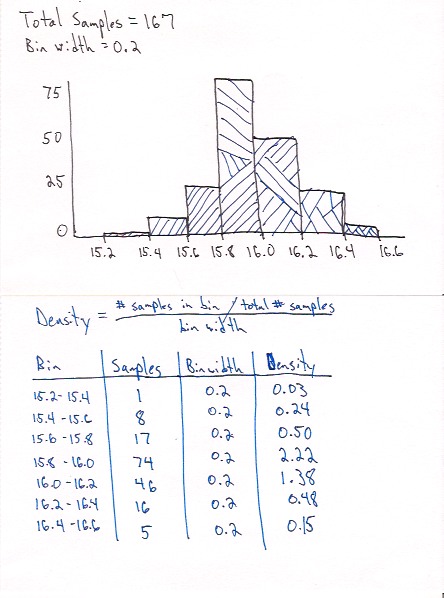 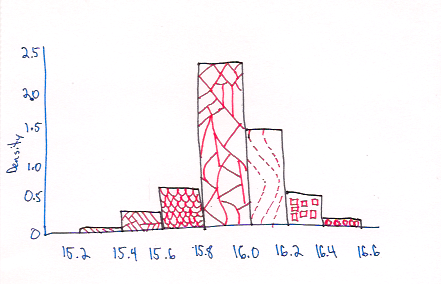 You may have noticed a couple of things in the example above:

For the following examples I’ll work through some code examples of how the parameters, μ and σ, effect the shape of our distributions by plotting them in R and Python.